The webinar was initiated and hosted by Luisa Bravo (City Space Architecture / The Journal of Public Space, Italy), Hendrik Tieben (Chinese University of Hong Kong) and Gregor H. Mews, (Queensland University of Technology / Urban Synergies Group, Australia), part of the series “2020: A Year without Public Space under the COVID19 Pandemic”. This webinar looked specifically at challenges and responses in informal settlements with first-hand experiences from scholars, non-governmental organizations and activists in India, Rwanda, Zimbabwe, Sierra Leone, and Uganda.

Greg Mews opened the conversation by highlighting the significance of the topic of COVID-19 response in cities and crowded areas, which accounted for most of the infection cases and introducing the concept of urban loveability, essentiality constituting social capital, collective efficacy, subjective well being, space interventions to create meaningful human existence. As Jane Jacobs wrote:

“Cities have the capability of providing something for everybody, only because, and only when, they are created by everybody.”

By improving public space, Dreamtown empowers youth in an array of soft skills in Africa. Over 60% of urban Africa live in informal settlements, and most confirmed COVID-19 cases took place in capital Sierra Leone in the area Western Area Urban (Freetown), revealing challenges include 1) awareness building, 2) access to sanitation and health, 3) livelihood support to meet basic needs, 4) gender-based violence and teenage pregnancies as both skyrocketed when schools closed. Rasmus thinks that public space can be part of the solution.
Dreamtown created over 20 safe public spaces with Urban Synergies Group in Freetown over the past two years with the intention to create cool hang out youth centres and creative hubs for the communities. These spaces turned out to be important resources during the current crisis, serving as access into communities, safe gathering places for young girls, distribution points for water, sanitizers, and education, and a safe place away from violence and to report crime. Dreamtown also created parks, urban gardens, and green spaces in Kampala in Uganda, intended to create vibrancy in slums. Amazingly, this has become a source of livelihood, satisfying basic needs for food during COVID-19. These two short but powerful examples showed how essential spatial access is during emergency, and the essence of multi-purpose spaces that allow flexible adaptations. Rasmus concluded by raising the concept of public space as nexus Space, where public spaces both can have a function in times of development, but also can have a function in times of humanitarian crisis.

Action Aid has been working tirelessly during the national lockdown in India via relief operations in 25 state provinces, reaching out to 3 million people on a day-to-day basis, and completed a national survey of over 11,500 people in transit. The 100 million internal migrants were hit worst by the lockdown. They suffered starvation, road accidents, fatigue as they travelled back to their villages, which are at least 500 km of walk. This fleeing illustrated the stark difference in social class within the country. Heavily policed bus terminals and state boundaries, and occasional violence showed the gravity and cruelty of the migrants, creating the ‘one of the most harrowing experiences since the time the country went through partition’.
These labour drains that are taking place in large cities are causing huge changes in nature in informality and living spaces, which require a new order in the city. Migrants were abandoned at the first sight of trouble. One survey also revealed that on average, 10 people shared a room in the city, making it impossible to execute social distancing. The COVID-19 crisis is unmasking the problem at a gigantic level, this demands of us an imagination of how we look at informal settlements at a scale that we have never dealt with before.

Josephine introduced the concept of human centered design process which highlights 5 important steps: Empathy, Define, Ideate, Prototype, Test, stressing the particular importance to revisit the community after the design is completed. Such a process is only successful if we pay attention to the following: context (go beyond location and assumptions), empathetic (a deep understanding of current and future needs and motivations), collaborative, optimistic, experimental, effective collaborations. Josephine further shared inspirations:

Human centered design process is a combination of desirability, feasibility and viability. Josephine concluded with Jan Gehl’s quote “First life, then space, then buildings. The other way around never works.”

House of Art Association works with four pillars - innovations, advocacy, education, diversity, through all types of art, it promotes development within the communities in Harare, Zimbabwe. Casper explained the difficulty of maintaining social distancing and reducing movement for slum communities since there are no governmental relief funds and measures, which means that people living in the settlements still need to work in the informal sector to make ends meet. COVID-19 also means a huge gap in public transportation, informal workers and essential service providers spend hours waiting to get transportation every day.
Tatenda listed other major challenges such as lack of sanitation infrastructure, water, protective equipment and poor resources allocation. The House of Art Association tries to adapt to the current situation and contribute via art, for instance, using graffiti and social media to spread the message, to build awareness and educate informal settlers on how the disease spreads. The aim is to create a new culture that fosters preparedness for other common diseases in crowded environments like cholera. Tatenda acutely pointed out the irony of how only community-driven public spaces work during COVID-19 when governmental ones are all closed, she further stressed the importance of public space during emergencies like this.

What can professionals do with the magnitude of the migrant situation in India?

KT pointed out the paradigm shift in terms of how the city contains its reserved labour force, the informal settlement is a consequence of that. The current public health crisis shows and unmasks the huge unjust equilibrium about spaces in cities. The redesigning requires a recognition of life after COVID-19.

How can public spaces help in your community when they are also a possible space for virus transmission?

Josephine stressed the importance of localizing definitions of concepts like public space and informality to understand the issues properly. Public spaces are any spaces that are freely and easily accessible by all, not just green and blue areas as people commonly perceive, but also grey areas like streets. Neighbourhood streets have become useful as parks remain closed, they are reclaimed and rebranded, with residents exercising, jogging, people-watching, transforming streets into a scene and process for social interaction. With localization of global concepts taking note of indigenous typologies and local existing knowledge, resources and concepts, Josephine expected a promising season ahead.

Could you elaborate more on the concept of Nexus Space?

The concept of nexus is common in the development world, you cannot do a project without thinking “what if a disaster happens”, it’s almost like a risk mitigation strategy. Nexus space is utilizing knowledge of the development world, for instance, playgrounds that collect rainwater and prevent flooding, the lack of space in slums also require different functions to be put in the same space. Echoing Josephine’s thought on location, Ramus reinforced that humanitarian actions are always anchored in local knowledge, and interventions must be based on the people’s localization and knowledge.

“Spatial access and adaptable public spaces are very important but they are not enough, if a man living in one of these settlements gets COVID-19, it will be a disaster. Advice like go home and isolate yourself is meaningless in contexts suffering from overcrowded inner spaces. Any suggestions on this?”

Tatenda responded that it’s the youth in the informal settlements who have to learn to become active participants and advocates and to ask the local authorities about information of COVID-19. Josephine noted that pandemic is a double disaster for informal settlements, which lack private and public space, and thus, staying home is very difficult and perhaps unsuccessful. However, as Josephine observed, social life is very rich in informal settlements; it’s more ‘sustainable’’; ‘people can always make space’, and as a result, community resilience is higher and better. Paradoxically, these settlements are worst hit by COVID-19 and this phenomenon calls for more evidence and context on the local level.
Rasmus emphasized that livelihood is the biggest problem for locals in informal settlements, more so than health. The crisis is also about violating basic rights, including access to water, sanitation, and infrastructure, and being exposed to violence. These call for changes in the general situation as a whole in addition to specific responses to COVID-19.

Can you share more about the different responses in different Indian states? What can we learn from the good policies?

KT thought that this is related to how cities see themselves. The recognition of public spaces needs a re-definition and stepping out of the intended context of private use which is exposed significantly during the pandemic - to what extent are temples, churches, mosques, and schools public spaces? This pandemic made migrants realize the fragility of Indian cities, they are not inclusive in nature, there are no clear employer-employee relationships, they lack remuneration and basic urban services and human living conditions, most importantly there is a lack of political participation in urban areas. The floating migrant communities were the last in the order of government’s focus when it responded to the crisis yet they were the first to experience the impact on their living. Migrants are normally seen as liabilities rather than assets, and this misconception is backed by states and social-political sentiments. Migrant communities have come to complete distrust of the entire system and realize that they were completely left out. Reverse migration could perhaps amplify the centrality of this population that keeps the city going, and unpack the word informality for all in this pandemic. KT called for a reimagination of cities -  whether Indian cities should keep 30% of the populations in sub-humane and invisible conditions and how to move forward after COVID-19. 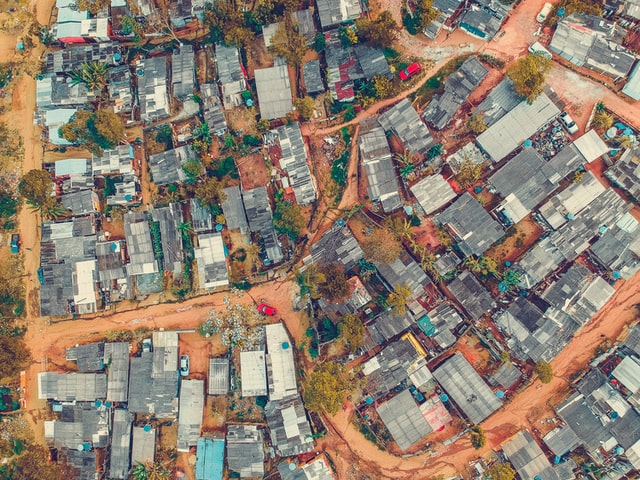