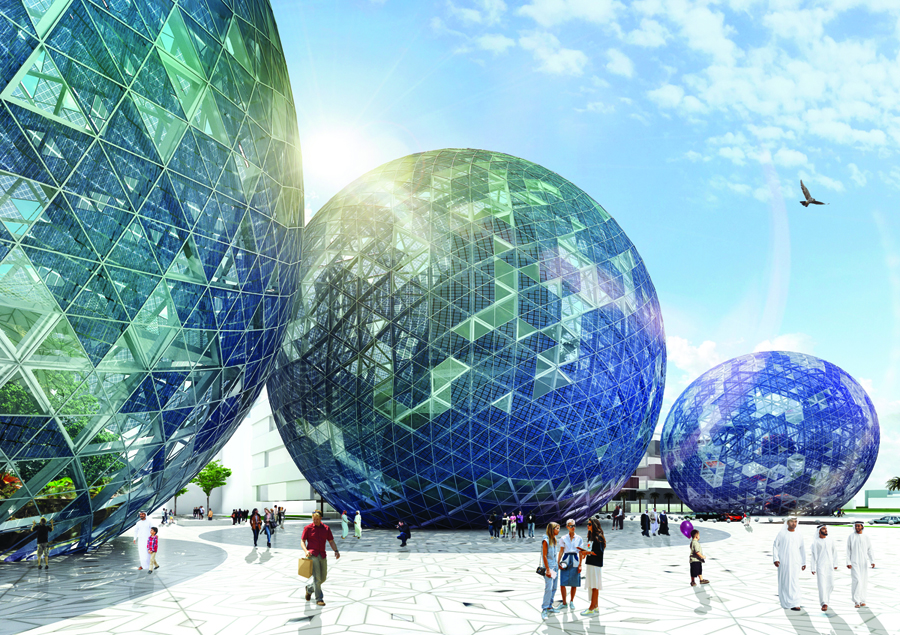 The role of renewable energy in post COVID-19 public spaces

Research into energy transition from carbon to renewable energy sources points to the importance, and possible conflicts, of enlarging the footprint of renewable energy generators into the public space. The future planning of our cities will require a greater sensibility to the integration and occupation of space by ever more present PV panels, microturbines, etc. However, the current planning system is ill-equipped to this task while there are many issues related to the public opposition to the visual, sound, and space impacts of renewables.
At the same time, the experience of the COVID 19 pandemic has exacerbated the pressures about the use of public space by introducing a new concept in our design approach: “the physical distancing”. Physical distancing promises to contain the spread of the pandemic by 1. Stay at about 2m from other people; 2. Do not gather in groups; Stay out of crowded places and avoid mass gatherings. Whatever approach we use, the concept of the physical distance results in an “enlargement” of our footprint resulting in an increasing need for public space.
For example, some municipalities have proposed to give businesses the possibility to use part of public space for free. In this way, it has been argued, it would be easier to attract customers and ensure the physical “distancing”. In a few cases, agreements have been reached between different businesses such as restaurants so that the same tables could be used for different purposes at different times of the day.
However, this is creating the unfortunate situation that businesses and private citizens are competing for the use of public space since not everyone can afford to seat in a restaurant or drink a Starbucks coffee. The likely outcome of it is more inequality between who can pay for accessing some services and who cannot.

Our point of departure is that this “scramble for public space” has to be tackled with an integrative perspective. This means that the design thinking process has to deal at once with the triple issue of making public space accessible to all while generating energy for the public and be of support for the new physical distancing requirements for the businesses.
We would like to discuss how integrated urban design with renewable energy systems can contribute to re-imaging the future public space. Some questions to be explored are: how to design new concepts for public spaces, that couple the energy generation function with other, new functions, that are people-oriented? How to involve the citizens in the process of producing the energy they need in a socially and economically sustainable way while preserving the living environment?

Round Table Discussion, moderated by Alessandra Scognamiglio and Agatino Rizzo

Alessandra Scognamiglio, Architect, PhD in Technologies for Architecture and Environment. Since 2000 she works as researcher at ENEA (Italian National Agency for New Technologies, Energy and Sustainable Economic Development), Energy Technologies Department, Photovoltaics area (www.enea.it).
Her main interest is working on the hybrid border between scientific research and design, to create a domain of common understanding and possibilities for experimentations in the real living environment. Her main fields of activity are: Building Integrated Photovoltaics (BIPV), Landscape Integrated Photovoltaics (LIPV), Net Zero Energy Buildings.
She patented innovative photovoltaic components for buildings and the urban environment; she writes papers,, she publishes books and chapters in books, and she participates and organises several scientific events and conferences.
After having worked at the architectural scale, since 2007 she investigates the topic Energy-Landscapes, with a special focus on Photovoltaics and agriculture. Since 2008 she serves as topic organiser for the European Photovoltaic Solar Energy Conference (EUPVSEC), and since 2011 she is the idea person and chairperson of the annual event “Photovoltaics | Forms | Landscapes” (www.pv-landscapes.com).
She has been involved in European projects aiming at the development of special photovoltaic components for buildings. She is also involved in several IEA (International Energy Agency) research groups, being also the Italian ExCO alternate for the SHC programme. In particular: 2008-2012 IEA SHC Task 41 “Solar Energy and Architecture”; 2008-2013 IEA SHC-EBC, Task 40-Annex 52 “Towards Net Zero Energy Solar Buildings”, 2013-2017 IEA SHC Task 51 “Solar Energy in Urban Planning”, 2016-ongoing IEA PVPS Task 15 “Enabling Framework for the Development of BIPV”.

Agatino Rizzo is the acting professor and chair of architecture at Lulea University of Technology. The chair works in the broader domain of the built environment, including urban and transport planning, landscape and architecture design. Prior to his appointment in Sweden, Agatino worked for a number of years in Asia (Malaysia and Qatar) as a lecturer and researcher in urban planning. His main interests are the study of the resource-urbanization nexus and how to build resourceful communities. Cross-cutting themes are resilience, energy, and transdisciplinary knowledge production. His most recent projects deal with energy aesthetics in future cities, urban living labs for nature based solutions in cities, and the landscape regeneration of industrial landscapes. His projects have been funded by the Qatar National Research Fund, EU Commission, Swedish Energy Authority, Vinnova, and Formas. www.agatinorizzo.blogspot.com

Björn Ekelund is an architect SAR/MSA and assistant professor at Luleå university of technology. He is also one of the two owners of the architecture office Warm in the Winter (www.warminthewinter.se) in Stockholm Sweden. He also holds a position as a board member of the Swedis Association of Architects (SA). In his practice he has extensive experience in the field of architecture and public space for sustainable urban development, specifically focused on how to integrate energy production/distribution facilites into urban contexts through design. Some of his projects have won awards and recognition such as the project of 130 kV and the project of Solvåg.

Daniele Santucci is a practicing architect, building scientist, and a former research associate at the Chair of Building Technology and Climate Responsive Design at the Technical University of Munich. Starting from September 2020, he will be visiting associate professor for Integral Building Technology and Climate Responsive Design at the Dortmund University of Applied Sciences and Arts. His research expertise is in environmental engineering and low carbon design employing energy modeling, performance-driven design workflows, and environmental sensing in both urban and architectural scales. His principal research line is focusing on microclimate and outdoor comfort in urban space. In 2017 and 2018 Daniele has been appointed visiting researcher at the Senseable City Lab at the Massachusetts Institute of Technology. Besides his academic activity, he has worked on environmental aspects in many architectural design projects and studies. With Climateflux, the company he co-founded in 2020, he consults architecture firms, public institutions, and private companies on strategies and design solutions to increase outdoor comfort in urban space.

Robert Ferry is the founding co-director of the Land Art Generator, a non-profit that provides a platform for creativity around the design and implementation of renewable energy infrastructures as works of art in public space. He is a LEED accredited, licensed architect, a graduate of Carnegie Mellon University, the recipient of multiple National Endowment for the Arts grants, and has been awarded the J.M.K. Innovation Prize, a program of the J.M. Kaplan Fund. His practice is focused on exploring the potential of regenerative buildings and public spaces to contribute to our zero-carbon future. www.landartgenerator.org

Elizabeth Monoian is the founding co-director of the Land Art Generator, a non-profit that provides a platform for creativity around the design and implementation of renewable energy infrastructures as works of art in public space. She has published, exhibited, and presented globally on the aesthetics of renewable energy and the role of art and design in providing solutions to climate change. She is the recipient of multiple National Endowment for the Arts grants and has been awarded the J.M.K. Innovation Prize, a program of the J.M. Kaplan Fund. She holds an MFA from Carnegie Mellon University. www.landartgenerator.org

Jorge Toledo García is an Architect by the University of Alicante, interested in the application of social innovation and sustainable design to urban environments and architecture. He has taught at the IED Madrid (Istituto Europeo di Design) and has been an honorary professor at the University of Alicante and the Autonomous University of Madrid (UAM), but he is mostly focused on the practice of participatory urban development and bioclimatic public space design as part of Ecosistema Urbano. In his current role, he has led urban development projects and given workshops or lectures in countries as diverse as Paraguay, Norway, Bangladesh, Germany, Brazil, or Kyrgyzstan among others. Ecosistema Urbano's work evolves around the implementation of socio-environmental design principles, applying innovative methodologies and technologies to social issues in urban environments.

Vincent Kitio is an architect graduated from the Institute of Architecture of Venice and holds a PhD in Appropriate Energy Technologies (energy efficiency and renewable energy) for Developing Countries, from the University of Rome la "Sapienza" in Italy. He heads the Urban Energy Unit of UN-HABITAT, a section that works on three focus areas: universal energy access for the urban poor; energy efficiency in the built environment and renewable energy technologies in urban areas.
Vincent Kitio is overseeing the implementation of two regional programs in Africa: “Promoting Energy Efficiency in Buildings in East Africa” that aims at mainstreaming energy efficient measures in housing policies, building codes, building practices and building finance; and the “Mainstreaming Energy and Resource Efficiency measures, and Renewable Energy technologies into Building Codes in West Africa (Senegal, Nigeria and Cameroon).
Vincent Kitio represents UN-Habitat, in the UN-Energy, which objective is to help ensure coherence among all UN agencies on addressing energy issues for sustainable development as well as supporting the Sustainable Energy for All (SE4ALL) decade.
Vincent represents UN-Habitat in the Advisory Board of the Covenant of Mayors Sub Saharan Africa.

Connect with us:
Make a Submission